Microsoft Defender for Identity monitors your domain controllers by capturing and parsing network traffic and leveraging Windows events directly from your domain controllers, then analyzes the data for attacks and threats. Utilizing profiling, deterministic detection, machine learning, and behavioral algorithms Defender for Identity learns about your network, enables detection of anomalies, and warns you of suspicious activities. 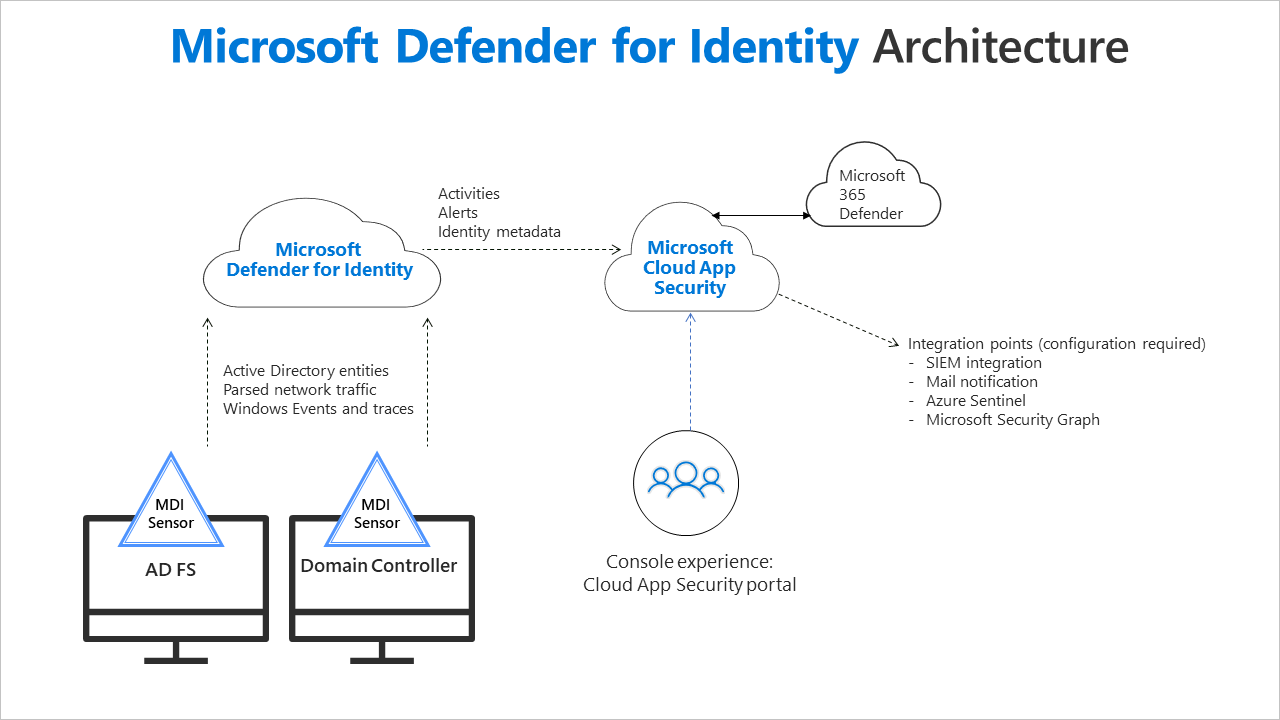 Defender for Identity consists of the following components:

Use the Defender for Identity portal to:

If no sensor is installed on your Defender for Identity instance within 60 days, the instance may be deleted and you’ll need to recreate it.

The Defender for Identity sensor has the following core functionality:

If the domain synchronizer is offline for more than 30 minutes, another sensor is automatically chosen instead.