After you integrate Defender for Endpoint with Defender for Cloud Apps, you can investigate discovered device data in the Cloud Discovery dashboard.

As with any other Cloud Discovery source, you can export the data from the Win10 endpoint users report for further investigation.

Network events should be used to investigate discovered apps and not used to debug missing data.

Use the following steps to gain more granular visibility on device’s network activity in Microsoft Defender for Endpoint: 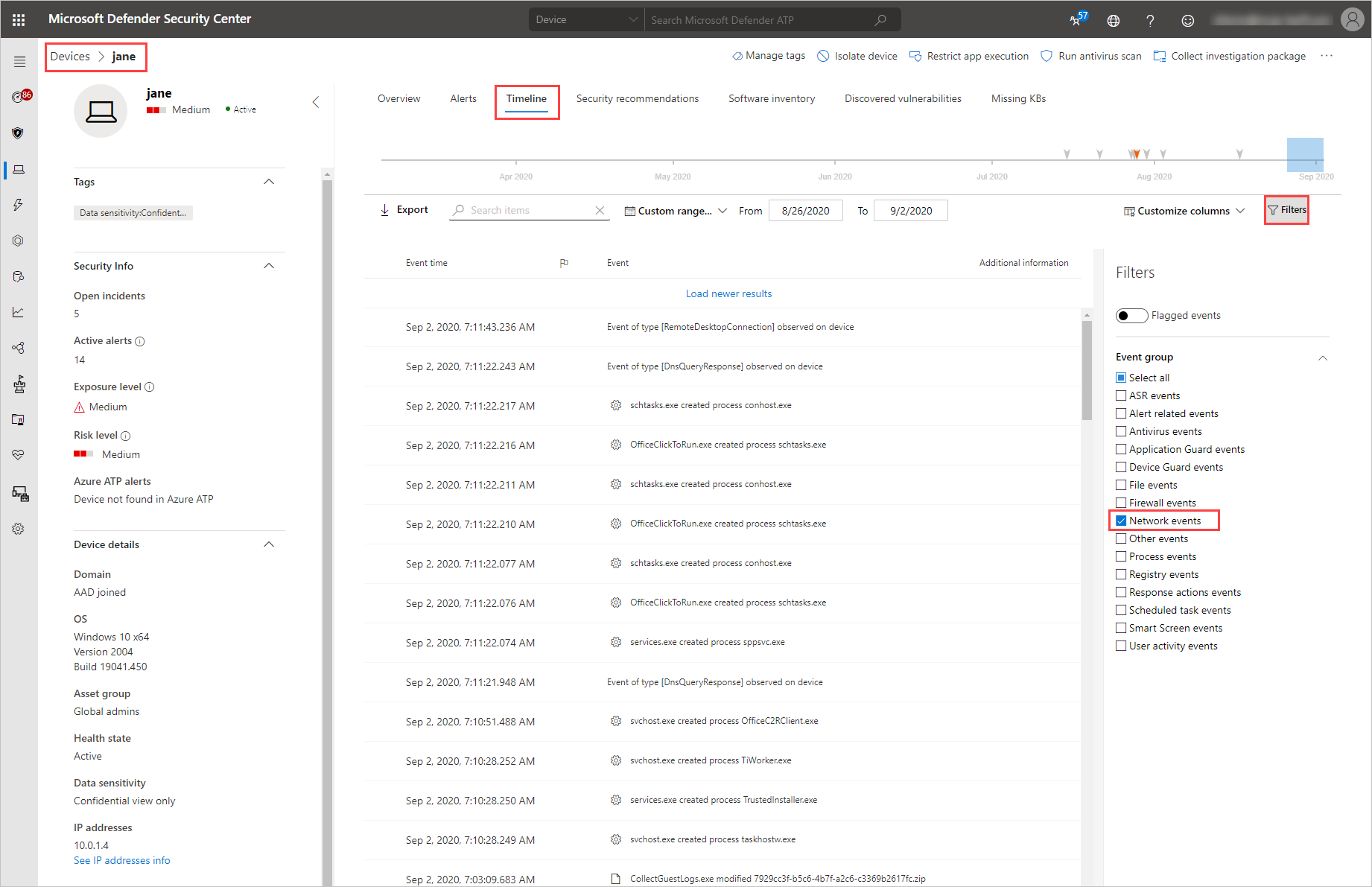 Use the following steps to gain more granular visibility on app-related network events in Defender for Endpoint: 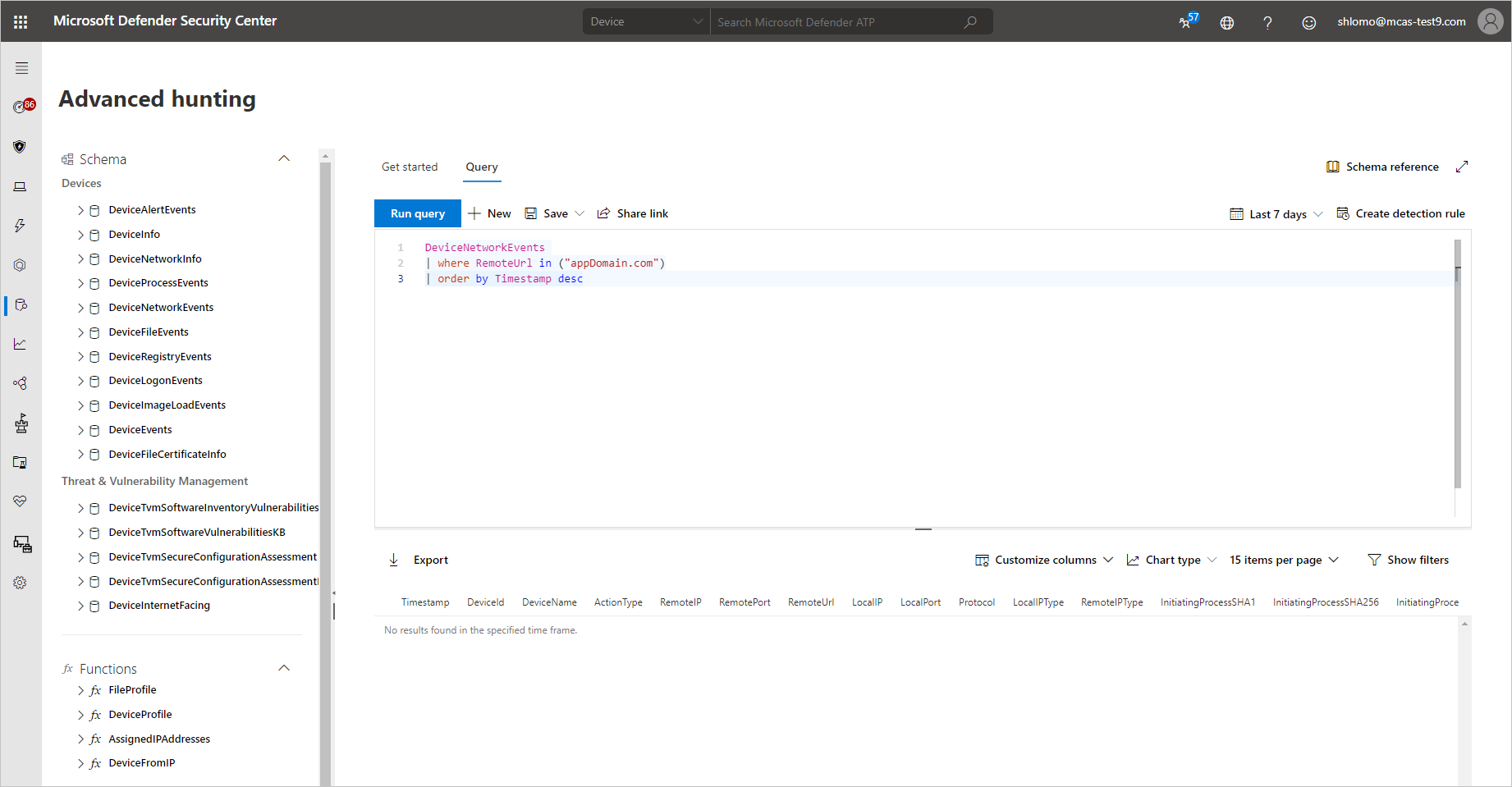 Every attempt to access an unsanctioned app triggers an alert in Microsoft 365 Defender with in-depth details about the entire session. This enables you to perform deeper investigations into attempts to access unsanctioned apps, as well as providing additional relevant information for use in endpoint device investigation.