Keeping your Microsoft Defender for Identity sensors up-to-date, provides the best possible protection for your organization.

The delayed update option enables you to select specific sensors as an automatic update ring, on which all updates are rolled out automatically, and set the rest of your sensors to update on delay, giving you time to confirm that the automatically updated sensors were successful.

If an error occurs and a sensor does not update, open a support ticket. To further harden your proxy to only communicate with your instance, see Proxy configuration. Authentication between your sensors and the Azure cloud service uses strong, certificate-based mutual authentication.

Each update is tested and validated on all supported operating systems to cause minimal impact to your network and operations.

To set a sensor to delayed update: 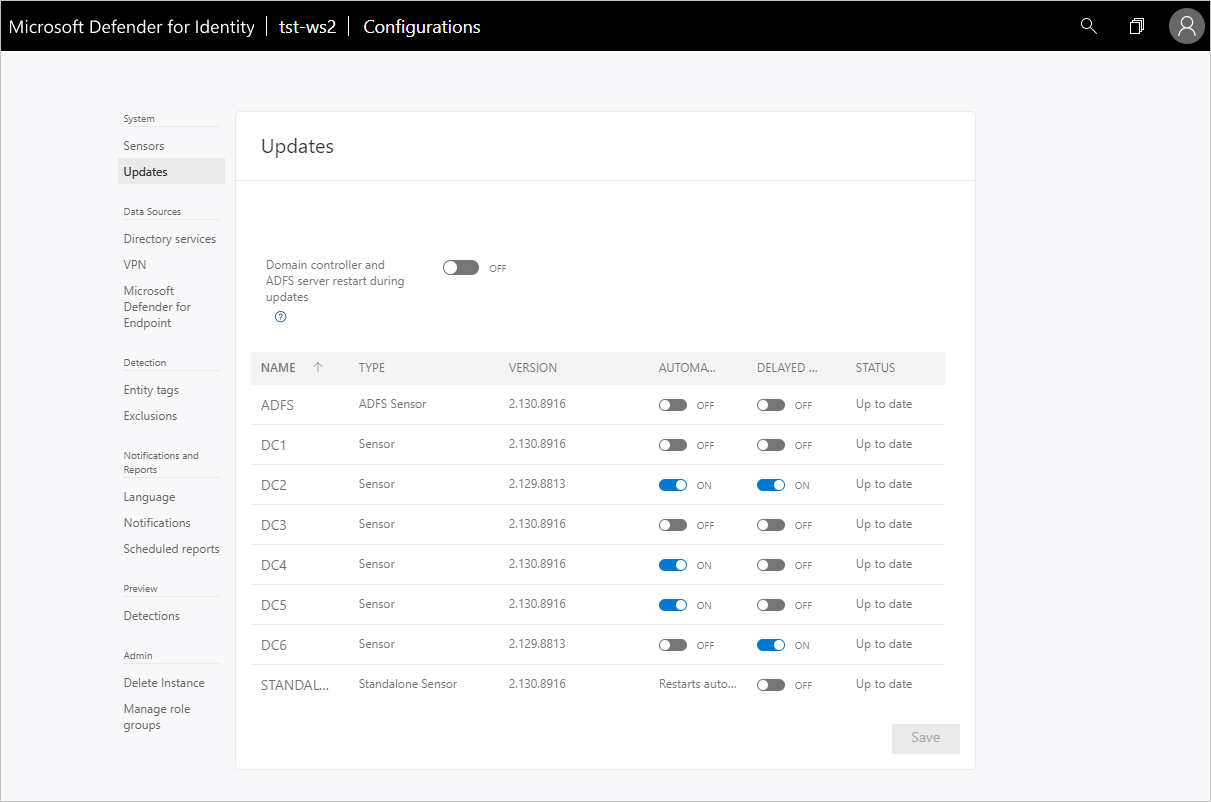 For any sensor that fails to complete the update process, a relevant health alert is triggered, and is sent as a notification.